Come and join us for a month of divine darshan of our beloved Lord, as He is seated and swayed on various hindolas. 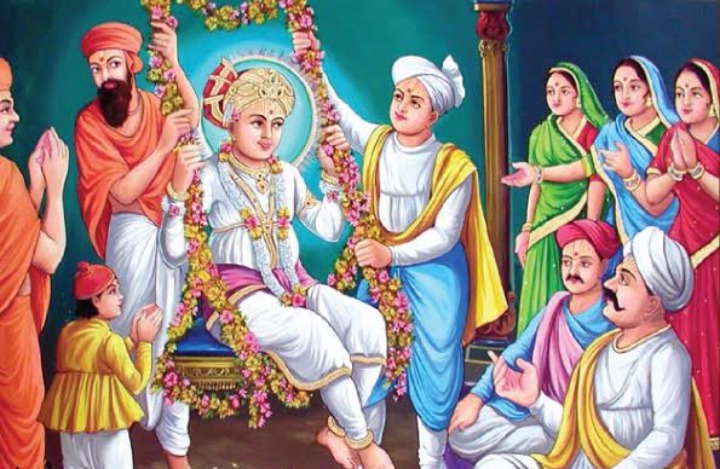 This festivals is celebrated yearly during the Chaturmass (Monsoon Season) between Ashadh and Shravan (July - August). A “Hindolo” is a swing. A Chal (Mobile) murti of HariKrishna Maharaj, known fondly as “Lalji” (A childhood form of Bhagwan Swaminarayan), is placed in the Hindolo.

The arrival of these festivities usher a new wave of devotion within the hearts of the Devotees. For the whole month, the murti of the Lord is placed in a decorated swing and pulled to and fro with a string by devotees. When Bhagwan Shree Swaminarayan had completed 32 days after His manifestation upon the earth, His parents Dharmadev and Bhaktimata celebrated the festival of Dolarohan (i.e. placing the child for the first time in a cradle and rocking the cradle). It was the eleventh day of the bright half of the month Vaishakh. The cradle was tastefully and luxuriously decorated. The cradle was rocked fondly by all the members of the family.