Thousands of devotees gathered in Harrow to witness Rath Yatra. Devotees from across the UK joined the procession and pulled, with great joy, the chariots of Lord Jagannathji, Lord Balbhadraji and Subhadra Devi. 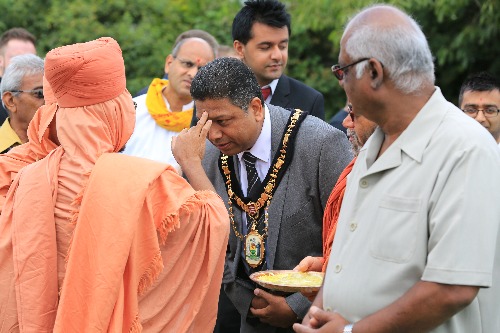 At the heart of the procession were three beautifully decorated chariots - each carrying the three divine forms. One chariot was for the gents, one for the ladies and finally one for the children. The chariots were pulled by hand all the way through the route back to the temple, which showed great strength and determination by the devotees who attended. The procession ended at 4pm with further guests joining us for the Maha Aarti and prayer, including Councillor Marilyn Ashton and Councillor Phillip O’Dell. 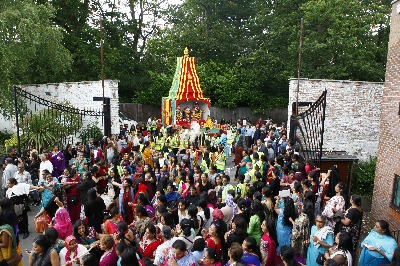 The festivities ended with a feast (Prasad) served to all the devotees who attended.

Divine Saints from Shree Swaminarayan Temple Bhuj, India had graced the procession. Swami Shree Vishwavallabh Dasji addressed thousands of devotees, stating the significance of the day and praised everyone who took part. 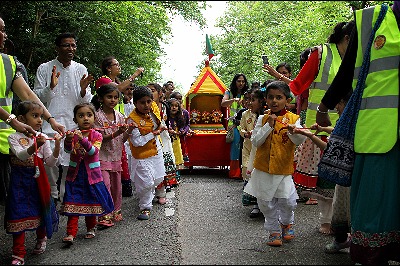 Over a 150 volunteers took part in making this a very successful and an enjoyable event. On behalf of the Temple we would like to thank everyone for their on going support and Seva.

Highlights of the day