Join us virtually for Kali Chaudas, the chance to offer prayers and worship unto the Son of the Wind-God (Pavan-Putra) Hanuman. This years Poojan will be held on Friday 13th November This will be virtual only. and will commence promptly at 7:30pm 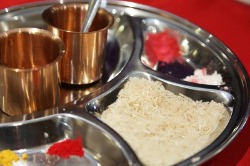 Please note For those that do not have Pooja samagri, mandir will be able to send you the samagri pack consisting of Kumkum, Abil, Gulal, Chandan, Sopari and Nada Chedi by post. If you require fill in the online application form before 8th November 2020. 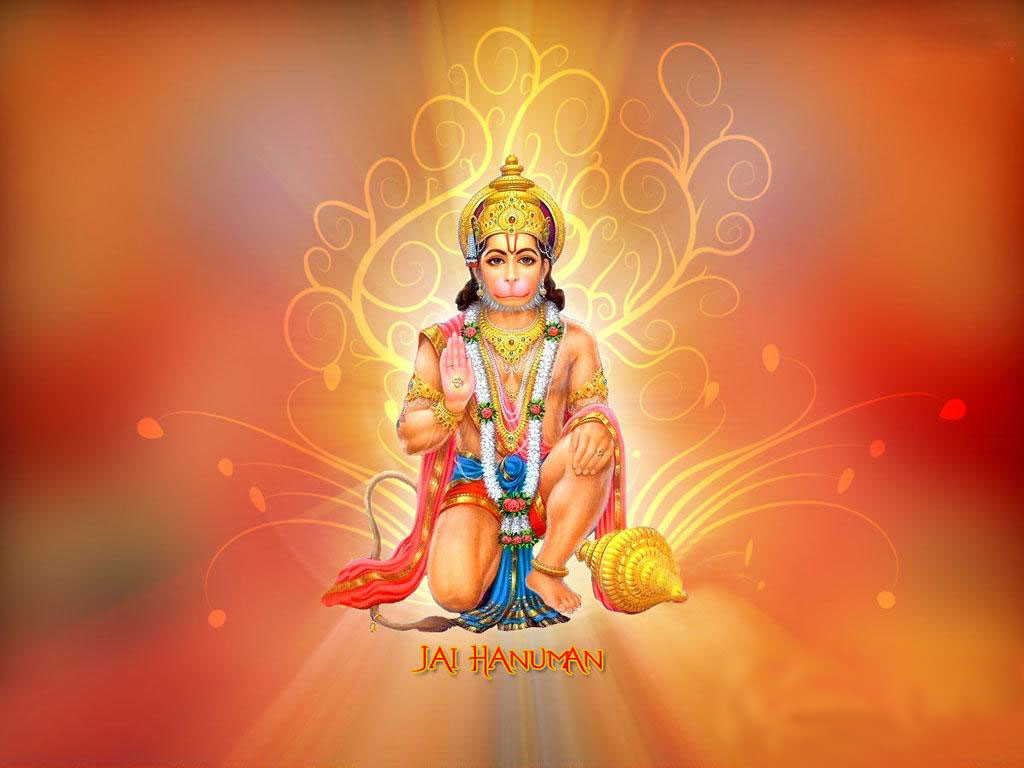 The rituals are region-specific and followed by people according to the mythological happenings they believe. In some places, this day is celebrated as Kali Chaudas. Kali means Black i.e. dark and Chaudas means fourteenth. It is celebrated on the fourteenth day of the dark half (Krishna Paksha) of the Kartik month.

The Legend Of Hanuman

Charon Yug partap tumhara, Hai persidh jagat ujiyara - All through the four Yugas (ages) your magnificent glory is acclaimed far and wide, Your fame is Radiantly acclaimed all over the Cosmos.

Everybody knows Lord Hanuman, son of the Vayu (air) deva and the beloved devotee of Lord Rama. There are lots of Lilas of Hanuman during the avatar of Ram, Krishna and Lord Swaminarayan, one of them being:- Hanumanji as a baby was very hungry. Whilst lying down he saw the sun in the sky and thought it was a wonderful fruit and went to pick it. He flew into the sky and gobbled the whole sun throwing the entire world into pitch darkness. Lord Indra requested that Hanumanji return the sun. When Hanumanji refused, Lord Indra unleashed his vajra. All the Gods and demi-gods pleaded with Hanuman to release the Sun, but Hanuman did not agree, Lord Indra also pleaded to him but Hanuman was adamant (as all kids are – Baal Hath). Lord Indra became very angry and attacked him with his Vajra (thunderbolt) and knocked Hanumanji down to earth releasing the Sun and then there was light again in the world.

On this day we offer poojan to Hanumanji as our Kuldev to protect us from Evil. We ask for his benediction to attain the devotion and firm fidelity towards our Ishtadev Lord Shree Swaminarayan.

In the 85th verse (slokh) of the Shikshapatri, Lord Shree Swaminarayan instructs His devotees to chant prayers of Hanuman in times of distress from spirits and ghosts.

Narakasura, the asura son of earth goddess Bhudevi and Varaha (Vishnu) was blessed with a long life from his father Vishnu. He misused his powers and used to torture people and captured all the beautiful and valuable objects in the universe including imprisoning 16,000 women. He even took the earings of Aditi, mother of the devas. Unable to bear the sufferings the people, as well as the other Devas, pleaded Satyabhama for help. Satyabhama was supposed to be the Avtar of Bhudevi who was Krishna’s wife. Satyabhama and Krishna after battling with the Narakasura killed him. This incident interprets that parents should not hesitate to punish their children when they step into the wrong path. At his death-bed regreatfull of of deeds, Naraksura asked his mother for forgiveness and to celebrate his death day. Thereafter it is believed that this day is celebrated as Narak Chaturdashi. It is said that Lord Krishna had an oil bath to rid himself of the blood-spattered on his body when Naraka was killed. Hence people observe this day as Abhyang Snan. The devas were overjoyed and celebrated by lighting Diwas.

The Legend Of Bali

King Bali was one of the most generous kings and gained a lot of fame for it, but the fame went to his head and he became very arrogant. He started insulting and humiliating people who came to him for alms, so Lord Vishnu decided to teach him a lesson and came in the incarnation of Vaman in the guise of a dwarf. When Bali told him to ask whatever he wanted, Lord Vaman asked for land equal to just three steps of his. With the first step the Lord measured the whole earth, and the entire heaven with his second step. Then he asked Bali where to place his third step. A humbled Bali bowed down and requested the Lord to place his last step on his head, which gained him salvation. So Kali Chaudas is celebrated on this day to drive away greed.